Following last year’s major theme of “100 years of Viennese Modernism” to mark the 100th anniversary of the death of renowned exceptional Austrian artists such as Klimt, Schiele, Moser or Wagner, the cultural focus in 2019 will be on typical Viennese life. Under the motto “The stage is yours”, numerous anniversaries will be celebrated in 2019 in Vienna which means there will be plenty of events and special exhibitions to fill your sightseeing programme during your next visit to the city!
Personally, as an introduction to Viennese life, I would recommend that you visit the musical "I am from Austria" at the Raimund Theater, which, thanks to its great success, was reintroduced into the programme in autumn 2018. This musical (in German only!) with 20 of the most famous Rainhard Fendrich songs is full of wit, charm and romance and is at the same time both surprising and touching. It lets you as an audience take a look behind the scenes of a Viennese luxury hotel (which strongly reminds you of Hotel Sacher), where a celebrity star guest from Hollywood is causing a stir on the occasion of the Vienna Opera Ball. I saw it myself only a few days ago and was absolutely thrilled!

From a musical point of view, the biggest anniversary this year is probably the 150th anniversary of the Vienna State Opera, which was festively inaugurated on 25 May 1869 with Mozart’s Don Giovanni. Today, the so-called “House on the Ring” is one of the world’s leading opera houses. The productions are by both classical and contemporary directors. In the anniversary year alone, more than 350 performances of operas, ballets, concerts and matinees will be performed. The festival will be celebrated at the end of May with a new opera premiere and two special exhibitions. To this end the Neo-Renaissance building of the State Opera has been diligently restored for months and the stucco, marble and gilding have been all been "dressed up" for the occasion.

But you also shouldn't miss the large company anniversaries celebrating Viennese traditional craftsmanship! In 2019, for example, the Thonet brothers will be celebrating their 200th anniversary, as well as 160 years of the most famous coffee house chair in the world. On the other hand, the Backhausen brand will be 170 years old and is also planning numerous events and fashion collaborations, as well as a special exhibition in Vienna.

Anniversaries of art and culture

Major historic events have always been duly celebrated in Vienna.  In November 2018 the new museum – the House of Austrian History – was opened to mark the 100th anniversary of the First Republic. Other Viennese museums have also staged numerous special exhibitions to celebrate the anniversary, which can also be seen in 2019.

Art and culture in Vienna 2019

I personally have a great penchant for Viennese craftsmanship and write many portraits on the subject. That's why I'm particularly pleased that, especially in the digital age, craftsmanship is experiencing a new revival and that tradition is again important. The high-quality Backhausen fabrics, with their invaluable archive of designs by the Wiener Werkstätte, and the Thonet Brothers are certainly amongst the best-known companies.

In addition to the many anniversaries and their side events - such as the comprehensive exhibition "150 Years Opera House on the Ring" in the State Opera House - Vienna, the capital of music, will once again offer numerous musical highlights in 2019. The summer night concert of the Vienna Philharmonic, which takes place free of charge every year in the park of Schönbrunn Palace, has become one of the absolute classics!

The coolest musicals and exhibitions 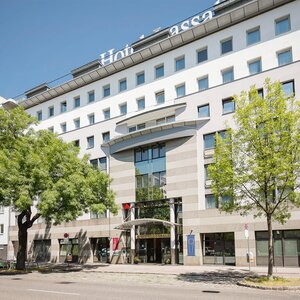