Just take a stroll through the large wrought-iron gate opposite – and suddenly you won't be able to escape your astonishment. The world is so different here, in the palace gardens of the Schönbrunn Habsburg summer residence.

Can you hear the trumpets of the elephants? This is where the emperor founded the oldest zoo in the world still in existence. For his pleasure - and yours. You will be staying just around the corner from the world-famous zoo as our guest, while enjoying all the amenities of a modern hotel of international standard. And if you want to visit the emperor's winter residence for a change: You can reach the heart of the city - the Vienna Hofburg - in just 15 minutes by U-Bahn without changing lines.

Dotted with fountains and architectural gems such as the Gloriette and Palm House, as well as Schönbrunn Zoo – the beautifully laid-out palace gardens are right on the hotel’s doorstep. Vienna’s zoo is the oldest in the world, but at the same time one of the most modern and best-loved. It is constantly updating its facilities with refurbishment projects and the addition of new enclosures such as the ORANG.erie, the new home of the orangutans.  There’s lots in store for the whole family thanks to the hundreds of animal species, a number of which have been around for what seems like an eternity. The zoo’s oldest resident, a giant tortoise that lives in the crocodile pavilion, has been delighting visitors to Schönbrunn Zoo since 1953.

Tips from our blog

The Balkans begin in Vienna 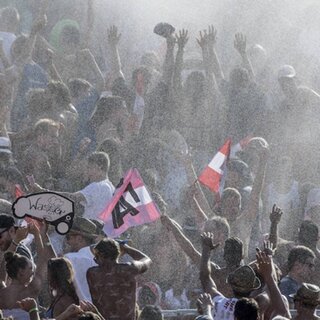 Into the wet after the game

A few hundred metres from the other side of the palace grounds is U4, one of Vienna’s most well-known and historically significant music venues. The club gets its name from the underground line that runs right under the building. Vienna’s very own Falco was a regular performer, and numerous bands including Nirvana have taken to the stage here before hitting the big time. Right on the hotel’s doorstep are the exclusive shops, restaurants and bars of Vienna’s well-heeled Hietzing district, a part of town that is also home to many of Vienna’s most well-known and beautiful attractions.

Thanks to the hotels proximity to the underground station, the famous Naschmarkt, like all of Vienna’s central destinations, is easily accessible. The herbs, spices and international specialties on offer at the traditional old market are a feast for the senses. The choice is yours – spend your days savouring the arts and culture, or your evenings partying into the night.

Discover our surroundings with the Austria Trend Runner's Guide. Here you can download routes of varying difficulty directly to your smartphone or download them as a PDF file and use them for free. 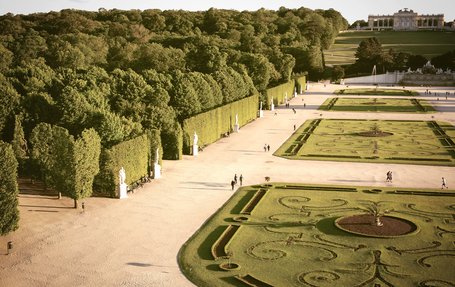 Route A - for Beginners

Through the Meidlinger Tor into the park at Schönbrunn Palace, past the Obelisk Fountain uphill to the Small Gloriette. The way back downhill to the Neptune Fountain and along the avenue Rustenallee next to the zoo, past the Palm House as well as the Rosarium, along the avenue Finstere Allee over the Great Parterre in front of Schönbrunn Palace with view on the Palace and Neptune Fountain as well as Gloriette, back through the Meidlinger Tor. Please note the opening hours of the Schönbrunn Gardens!

Through the Meidlinger Tor into the park at Schönbrunn Palace, past the Obelisk Fountain uphill to the Gloriette and from there to the Small Gloriette. The way back downhill to the Neptune Fountain. Along the avenue Rustenallee next to the zoo, past the Palm House as well as the Rosarium. Along the avenue Lichte Allee over the Great Parterre in front of Schönbrunn Palace with view on the Palace and Neptune Fountain as well as Gloriette and back through the Meidlinger Tor. Please note the opening hours of the Schönbrunn Gardens!

By checking, I consent to the processing of the personal data mentioned above by the joint controllers of Verkehrsbüro Hotellerie Group, datenschutz@verkehrsbuero.com, for marketing purposes (eg. elektronical newsletter) until I revoke my consent or object to the further processing. Additional information on data protection and all those responsible for the processing of my data can be found in the privacy policy.